Note To Self: How To Stop A Running Pod On Kubernetes.

OMG, I just ran a Kubernetes command from the wild and now I cannot seem to stop or delete the running pod (that was me when my CPU fan sounded like an industrial fan).

So, this is what happened right. I have a RKE Kubernetes cluster running on a Vagrant box and I thought to myself. Why not try to use it to mine a few cryptos while at it; since the crypto business has been booming recently.

So the idea was to test it on my Vagrant box, and somehow let it find its way to run it elsewhere so that I can mine while I sleep and then one day wake up as a Gajillionare or something close.

Note To Self: Never blindly run commands on your system especially from the wild.

Running a basic kubectl run command to bring up a few mining pods where kube_config_cluster.yml is my RKE config file.

After realising that my CPU was choking, I then tried to stop the mining pods.

Little did I know that Kubernetes doesn’t support the stop/pause of the current state of the pod(s). Then I started deleting the pods thinking that this will automagically stop and delete the pods and sure enough that didn’t work. 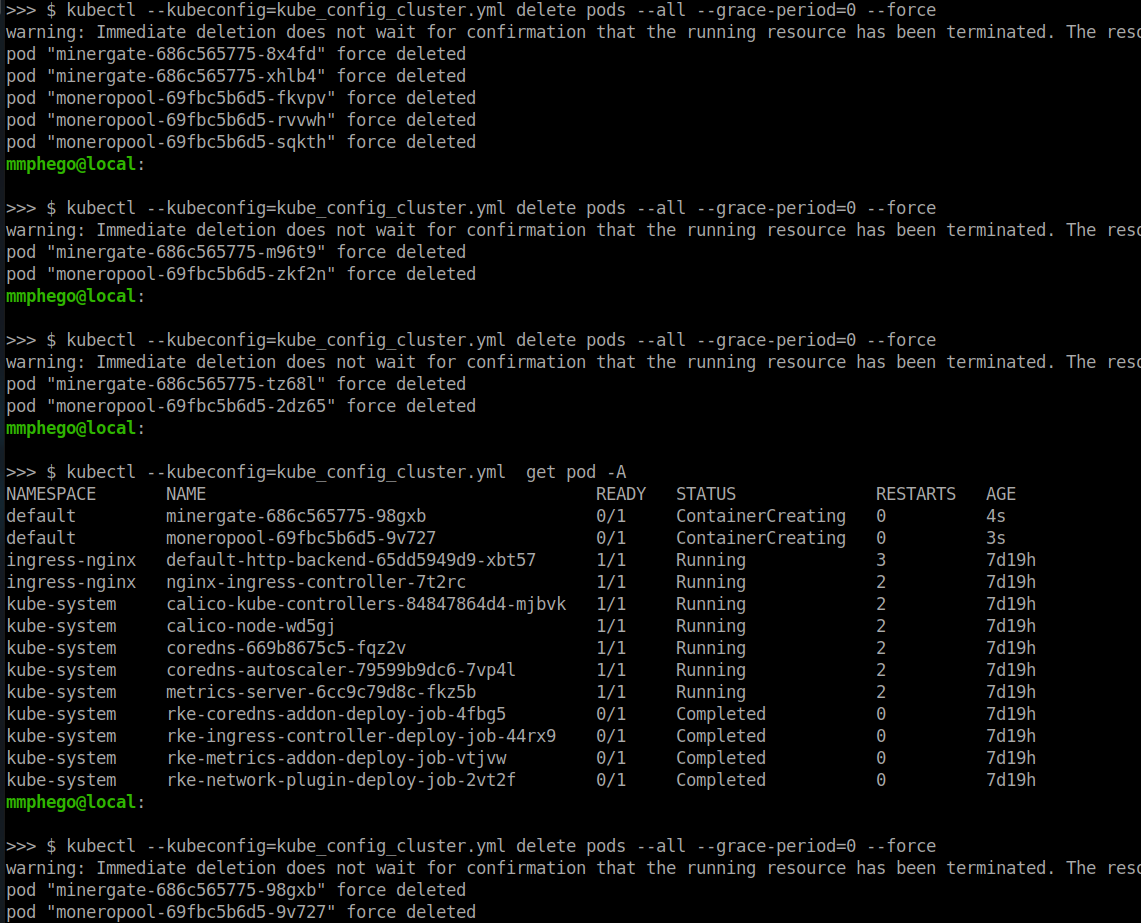 That’s when it hinted to me, the command I copied ensures that there’s always 1 replica running, which was why the pods kept on being re-spawned.

I managed to stop all my mining pods by ensuring that there are no working deployments which is simply done by setting the number of replicas to 0. Duh!!!

Checking all running pods again, I can see that my mining pods have been paused/stopped.

And that’s how I failed to become a Gajillionare, maybe I should just run this in a production environment bwagagagaga!