In this post, I have added pages/articles/videos, where I was mentioned.

A detailed past experience can be found on my old blog: Marion Island 71st Expedition

A compilation of video clips taken during the M71 (2014-2015) Marion Island Expedition. 19 South Africans spent 13 months on the island doing mostly biological and meteorological research. We were able to observe the full reproductive cycle of the incredible species living or breeding on the island as well as the effect of the four seasons on the beautiful but brutal landscape. Video by Daniël Kotzé

Mpho was part of the team that installed Seismic Equipments to monitor any Seismic activities occurring in and around Marion Island.

Mpho formed part of the team that participated at the SA Agulhas II Open Day.

The paper was well received by the audience.

Mpho gave a talk on Test-Driven Development unit-testing for the development of a Correlator-Beamformer at Caltech: CASPER Workshop 2017 in Los Angeles, California, USA

Mpho co-authored a journal paper titled: Revival of the Magnetar PSR J1622–4950: Observations with MeerKAT, Parkes, XMM-Newton, Swift, Chandra, and NuSTAR while at the SKA.

Mpho can be seen at 1:48, at the launch of the MeerKAT Radio Telescope. 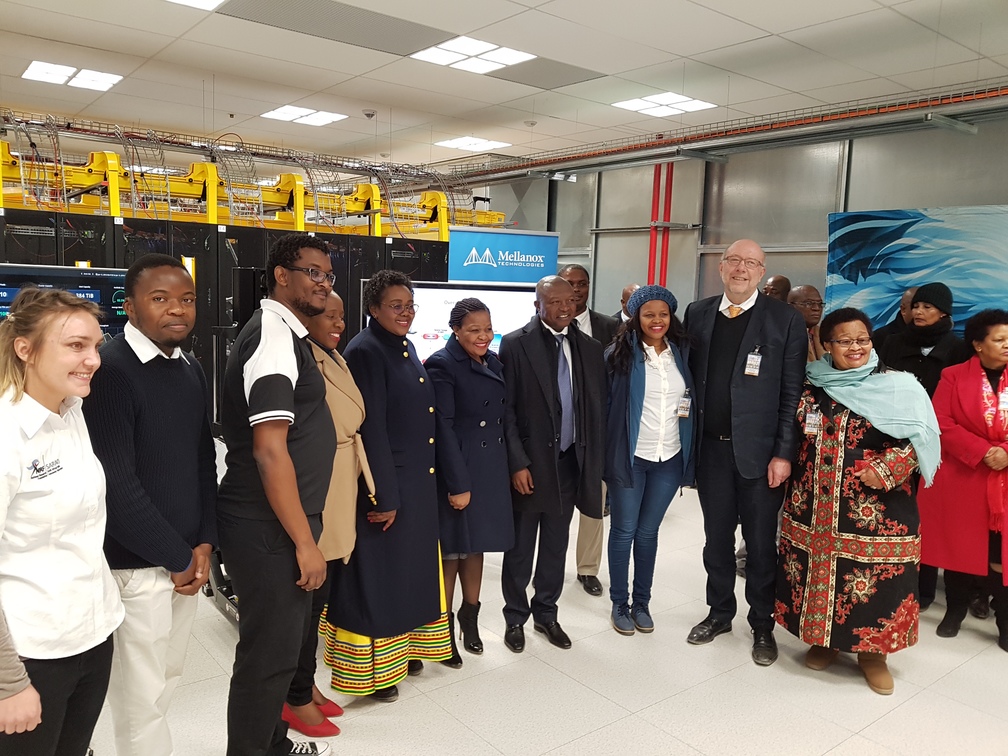 Mpho can be seen with Mr David Mabuza: Deputy President of the Republic of South Africa, Minister Mmamoloko Kubayi-Ngubane: The Department of Science and Technology, Dr. Rob Adam: Director of the Square Kilometer Array radio-telescope in South Africa and others…

I gave a talk on how we moved from manual testing to Automated Qualification Testing for the 64 Antennas MeerKAT Correlator-Beamformer at the DevOpsDays CPT in Woodstock, Cape Town