Note To Self: How To Fix A VirtualBox Machine With The Name ‘dashboard’ Already Exists..

Recently started having this issue when I tried to bring up my VirtualBox machine with the name ‘dashboard’. I wasn’t able to do so because of the dreaded message ‘The name ‘dashboard’ is already in use by another virtual machine.’ Deleting the vm was not an option as it would take me a long time to get it to work due to low internet connectivity at the time.

In this post I will detail how I fixed this issue.

Running the following command in the terminal:

And kept on getting the warning below, where ssh authentication kept failing. 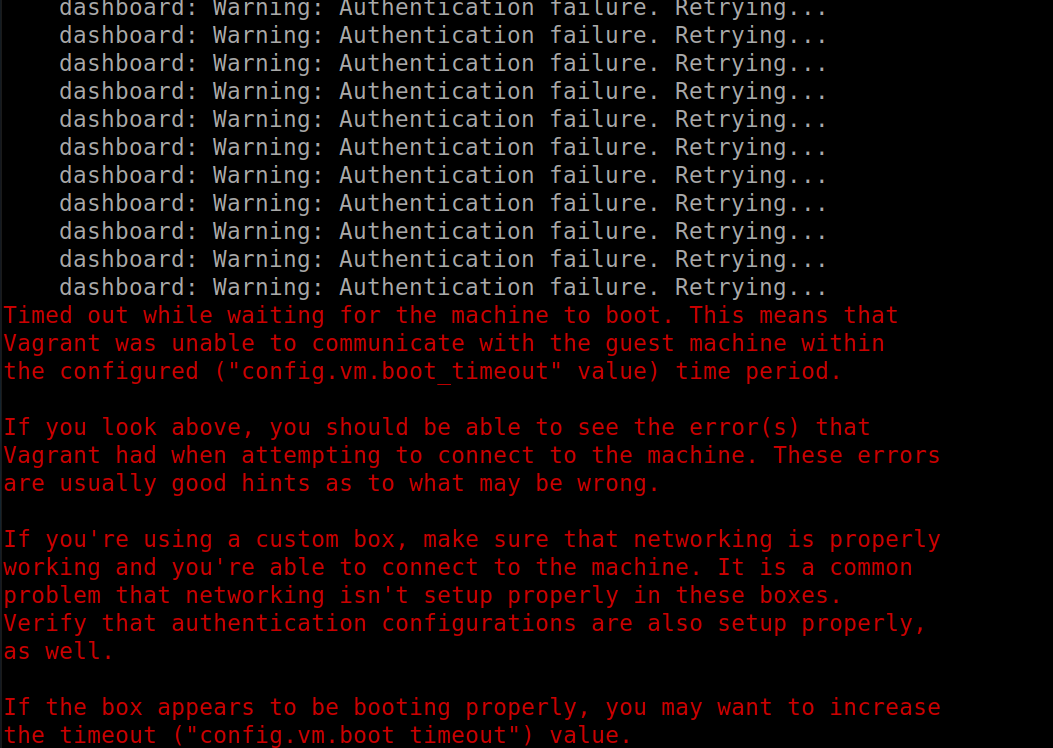 The fix was to add the ssh config to the Vagrantfile:

Then retried to bring up the vm again: