How I Setup Jenkins On Docker Container Using Ansible (Part 1)

For this task, I decided to pair with my padawan/mentee (@AneleMakhaba) as he was a good fit for the task (and I wanted to disseminate the knowledge as well) which had been in the backlog for a while.

I thought this meme was relevant to the task. 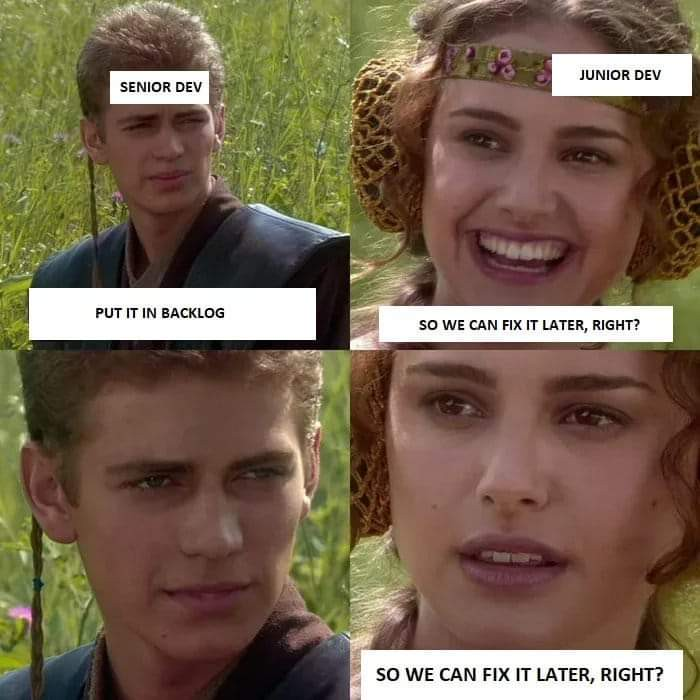 Our initial approach to the task was to:

This collaborated blog post is divided into 3 sections, Instance Creation, Containerization and Automation to avoid a very long post and,

In this post, we will detail the steps that we undertook to create an environment ([EC2 instance) that will host our Jenkins instance.

Note: We did not use any AWS services to host our Jenkins environment at our workplace, instead we used Proxmox containers.

Thank your @AneleMakhaba, for your collaboration in writing this post.

This is the first post in the series of posts that will detail the steps that we undertook to create an environment (EC2 instance) for running Jenkins CI. The instance was launched via the AWS Console, a future post will detail the same steps using Terraform for deterministic orchestrations.

This post-walk-through mainly focuses on instance creation. If you would like to read more about the containerization click here and here for automation walk-through.

To create an EC2 instance that will be used to run the Jenkins container head over to the AWS Console and create a new instance.

Now, open a new terminal window on the host and SSH into the instance to ensure that everything is working as expected. 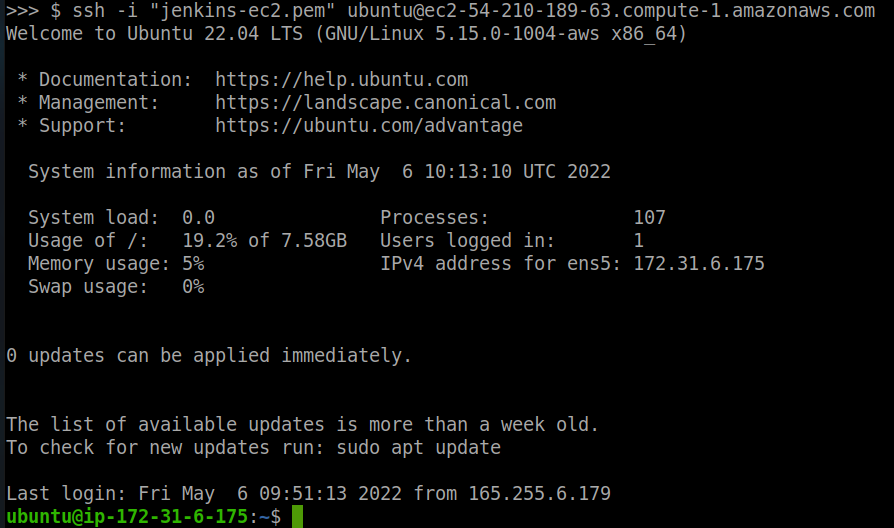 Note: This is an optional step as we can use the default EC2 user in Ansible. Due to security reasons, it is recommended to create a dedicated Ansible user with sudo rights and only authorized access to the instance.

Generate the ssh-key for your user

We can leave everything as default - a pair of private/public keys will be generated in ~/.ssh as id_rsa (the private key) and id_rsa.pub (the public key).

We need to copy the contents of the public key - id_rsa.pub that looks like this:

Once we have our ssh-key, we can SSH into the EC2 instance.

Then we can create the ansible user and assign it sudo rights (I know) on the EC2 instance:

Then paste the public key, and contents that we generated earlier on the host environment into the authorized_keys file and save.

This will ensure that we can SSH into the instance without a password, and we can run Ansible commands without being prompted for a password each time.

Note: This is not the best security practice, but it is a good starting point.

Going back to the host environment, we can test the SSH connection to the EC2 instance using the ansible user that we just created: 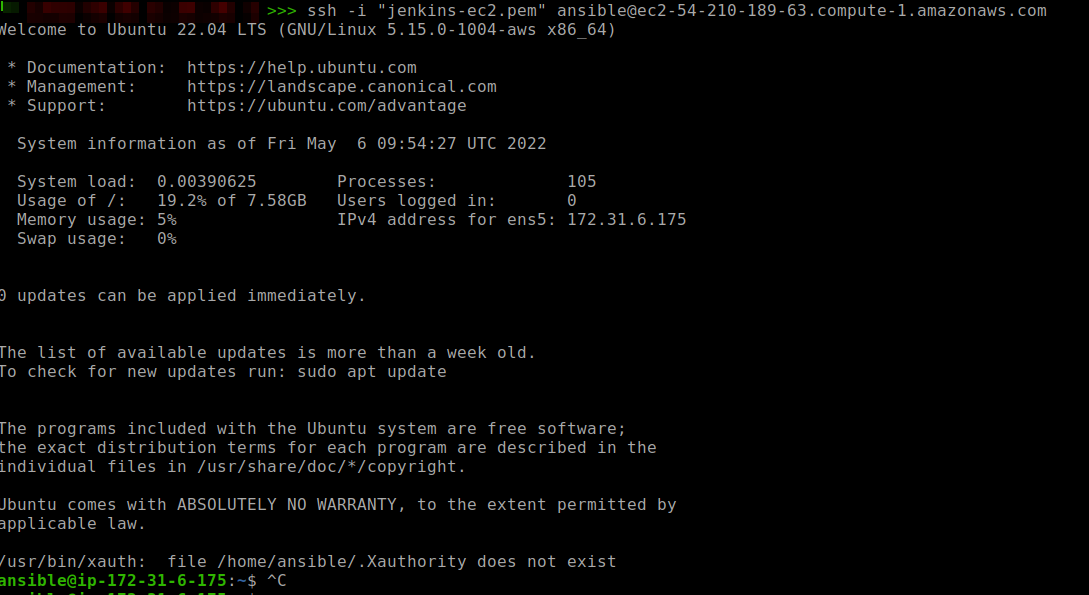 Congratulations! You have successfully created an EC2 instance that will run the Jenkins environment. You can now use the instance to run Ansible playbooks and containers. Another avenue to explore is Terraform for deterministic deployment instead of relying on the AWS Console. This will be covered in future posts.